Scuderia Ferrari drivers Sebastian Vettel and Esteban Gutiérrez driving Ferrari California T as part of the Shell V-Power: Science of Driving Excitement experiment to measure excitement while behind the wheel.

Vettel spoke about how his heart still races both on and off the track as he made his way to the Sepang International Circuit to prepare for Sunday’s race in his Ferrari road car.

“I still love the feeling and the sensation simply of driving. Obviously, the better the car, the better it is. So if you drive in a Ferrari, you’re very lucky. They build the best”, he said. 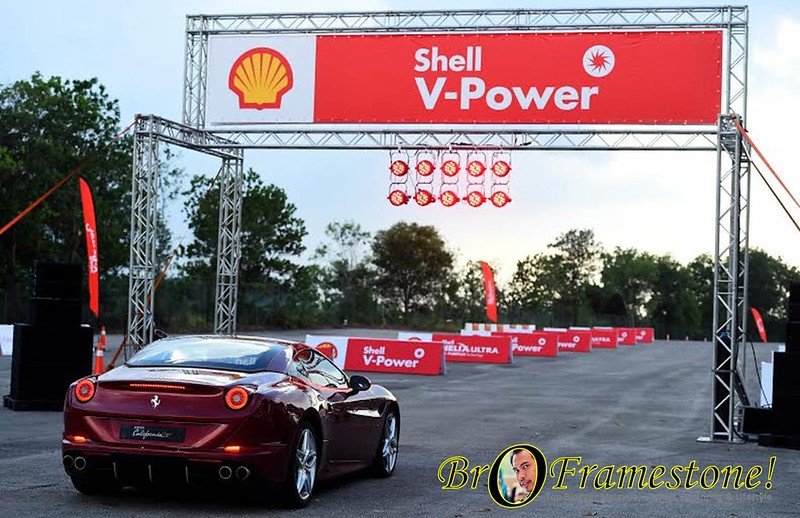 While Vettel shared his story on the road, Gutiérrez was faced with a series of thrilling driving scenarios on a specially designed circuit, from aggressive acceleration and wet monsoonal conditions to freestyle slaloms and accelerating through a sensorial tunnel.

Gutiérrez wore a state-of-the-art biometric shirt designed to monitor the variances in heart rates, breathing and g-force to reveal excitement levels throughout his drive.

On the track, real-time results showed that in the five seconds before accelerating from the starting line, Gutiérrez’s heart rate increased by 5% from his resting heart rate – reflecting the anticipation of the performance driving activity.

At his peak, the Mexican’s heart rate was 15% higher than his base rate as he powered through the tunnel.

“Going through the tunnel was exciting, the lights, the smoke, I had fun,” Gutiérrez said.

Throughout the experience Gutiérrez’s breathing rate increased by an average of 20% compared to his resting levels.

Talking about the day, Gutiérrez said, “To drive the car at the limit and to extract the maximum from what it has, it’s fascinating to feel. To really be able to feel every movement from the car, I love it!”

What this unprecedented insight shows us is that no matter how seasoned the driver, driving can be exciting, no matter who you are.

While on his drive, Vettel was most excited as he spoke about his passion for driving either on or off the track.

“When I come off the track I am so filled with adrenalin that I feel the buzz on the drive home and I can’t get to sleep at night.”

Reflecting on his first few months with the Team, Vettel said: “It’s a special partnership between Shell and Scuderia Ferrari, there’s a lot you only see when you’re behind the scenes, like learning about the fuel that makes us run.”

During the day, the Ferrari road cars were filled with Shell V-Power fuel, designed to enhance the performance and responsiveness of the engine by preventing the build-up of and removing existing power-robbing engine deposits.

Mae Ascan, a Shell Fuels Scientist from Malaysia added: “Shell believes that a great drive needs a great fuel, and that’s why we have a strong Technical Partnership with Scuedria Ferrari. Our partnership ensures we continuously develop our Shell V-Power Gasoline fuel and Shell Helix Ultra with PurePlus Technology, making driving on the road an even greater experience no matter who you are.”

GrabCar – 31% Promotion on All Rides

Goodyear’s Eagle-360 Chosen as One of 2016 Best Inventions