2016 marks a very special year for Malaysia’s all-time favourite Japanese restaurant as Sushi King – a subsidiary under Texchem Group – proudly launched its 100th outlet recently at the new AEON Mall Shah Alam, the latest AEON to join the array of shopping malls in the Klang Valley, amidst a grand spectacle of various uniquely Japanese traditional performances.

As the largest Japanese restaurant chain in Malaysia and having operated for 21 years, this launch marks a huge achievement for Sushi King, showing their exceptional growth in the Malaysian market, in addition to them being the pioneer in conveyor belt restaurants in the country.

“From the time we opened our first outlet in 1995 in Kuala Lumpur, we have definitely come a long way to where we are now with our 100th store, exposing Malaysians to enjoy one of Japan’s historically-rich cuisine over the years and vice versa, it gives us the opportunity to learn about Malaysia’s culture and their curiosity for new food,”

Tan Sri Dato’ Seri Dr Konishi added that Sushi King prides itself in only offering the best quality Japanese cuisine with the finest ingredients imported directly from Japan, Norway and others where the respective countries are known for their specific food ingredients to create the perfect Japanese dish. 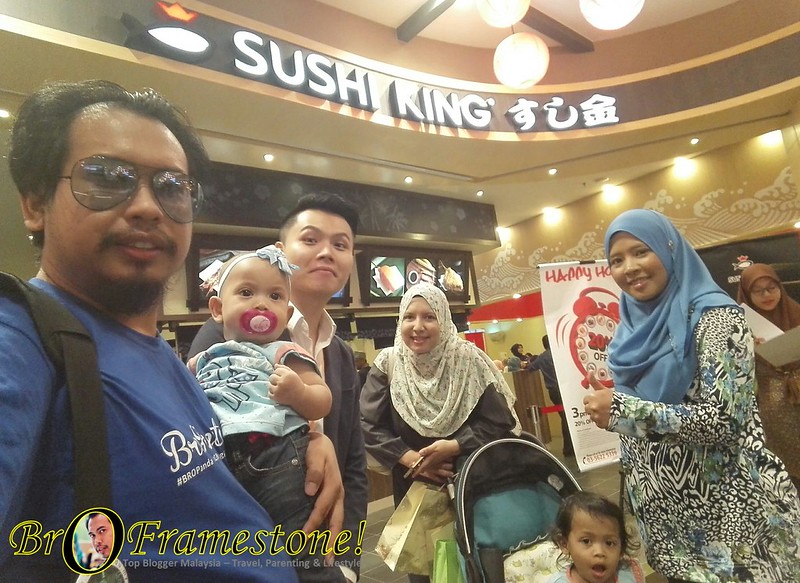 Staying true to the adage of serving quality and fresh food ensuring that only the best is served on the conveyor (kaiten) belt, Sushi King embodies the wholesome image of their slogan “Smiling, Served Fresh”, distinguishing itself as the largest sushi chain of restaurants in the country.

“Malaysia’s acceptance and eagerness to try new taste has driven my passion to serve fresh Japanese cuisine of outstanding quality. The positive feedback and great support from Malaysians accounts for Sushi King’s success over the years.”

Akihiko Hijioka, President and COO of Texchem Restaurant Systems, said that the novelty, affordability and quality of Sushi King’s restaurants proved to be a distinctive advantage.

Continuous efforts to ensure food quality improvement and advanced staff development are forefront to what make Sushi King a complete success with its customers till today.

“Our food is developed by Japanese Master Chefs to preserve the authentic taste of Japanese sushi. To maintain the quality of Sushi King’s fare, our Japanese chefs monitor all our restaurants and at the same time, we have local head chefs who are specialists in Japanese food preparation, to ensure consistency and freshness of our meals,”

During the launch of the 100th outlet, guests were treated to an authentic Japanese launch ceremony, with intriguing showcases of the Japanese culture such as a magnificent Taiko Drum performance (a traditional Japanese instrument); a Japanese traditional ‘Soran Bushi’ (Japanese sea shanty) dance performance; and the Mochitsuki Ceremony (the pounding of rice cakes to make ‘Mochi’) – a customary Japanese event in ushering new beginnings. By partaking in the ceremony of mochi – thought to symbolise the spirit of rice – the 100th outlet of Sushi King envisions to gain the strength of these rice divinities and achieve great success similar to the forefathers of its outlets.

According to Tan Sri Dato’ Seri Dr. Konishi, opening Sushi King in Malaysia not only strengthened Japan and Malaysia’s relationship, but has also proven to be a sound decision for both Malaysia and Japan in encouraging a fruitful cross-cultural relationship between the two countries.

This milestone of 100 outlets will move Sushi King to grow ever more, with the aim to make quality, affordable Japanese cuisine available to all Malaysians. 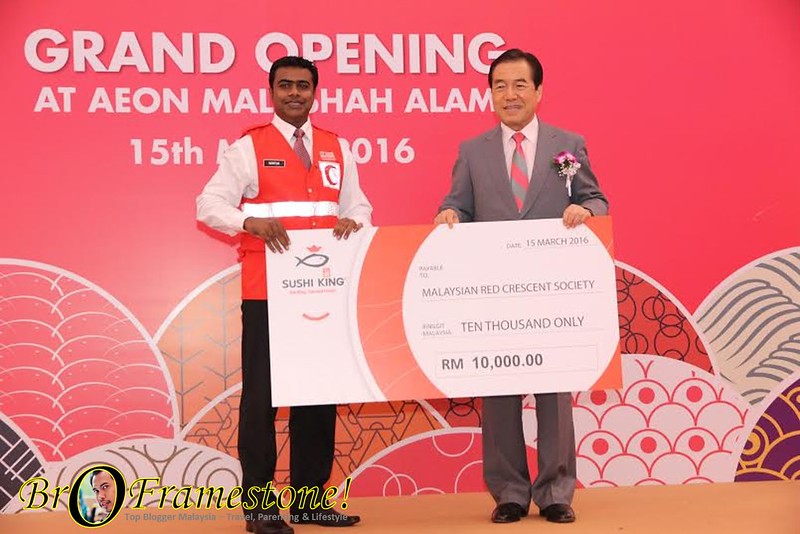 In conjunction with Sushi King’s 100th outlet launch, Sushi King made a contribution of RM10,000 to the Malaysian Red Crescent Society, as a gesture of appreciation for their ongoing good work.