Riding on the success of the educational comedy series Oh My English! (OME!), after the requests of many, Astro is pleased to announce to OME! fans yet another special telemovie entitled ‘Oh My English: Villa Isabellaaa!’.

Fans of the show are definitely in for a real treat as the new telemovie will feature their favourite OME! cast members on an exciting adventure to demystify spine-tingling mystery.

What’s more, viewers will also be able to improve their English while they enjoy the adventure, and learn from the moral values featured in the movie. 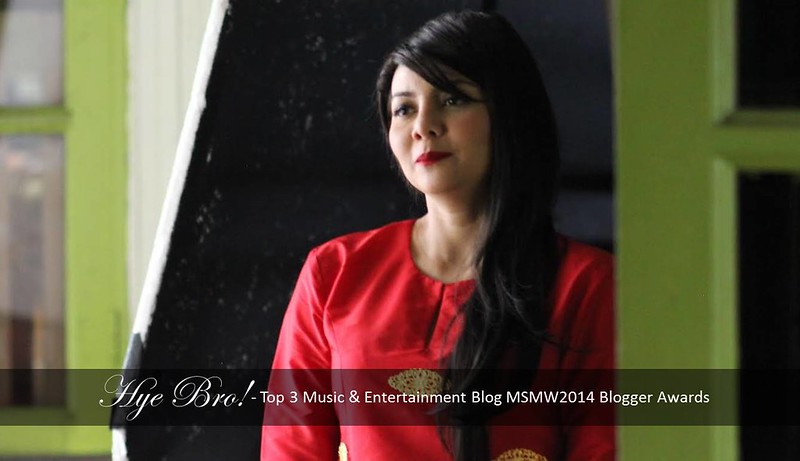 Aside from them, this telemovie will feature Emelda Rosemila, who plays a mysterious woman named Puan Tiana. The movie also features other special appearances by Izzue Islam, Sara Ali dan Atu of Zero.

Oh My English: Villa Isabellaaa! begins with students of 4 Merah and Mr. Henry Middleton decide to pay See Yew Soon a visit after See Yew Soon’s surprise announcement of him moving to Singapore in the Season 3 epsiode finale.

With Sarjan at the wheel and Mazlee, Jojie, Zack, Jibam, Mr. Henry, Aiman (Izzue Islam) and Bedah all on board, the gang set off for their road trip.

Their plans change as their van breaks down. To make matters worse, they end up with a flat tyre and are completely stranded in the middle of nowhere.

They set off to look for a mechanic on foot, and instead stumble upon a deserted villa called Villa Isabella.

Its sole occupant is the enigmatic Puan Tiana, a woman in red who lives alone and invites them in to stay the night. During their stay, however, strange and unbelievable things start to happen.

The intrepid Jojie, the only one whose suspicions are aroused, is determined to uncover the truth. She unearths clue after clue, and gradually Puan Tiana starts to seem a lot more spine-tingling than sweet.

As the secrets hidden away in the depths of Villa Isabella start to reveal themselves one by one, it gets harder for the gang to ignore Jojie’s suspicions.

Astro TVIQ, channel 610 will also hold a 2 day marathon on the 26th and 27 of December, from 10 am to 10 pm where Oh My English! fans are able to interact live via Twitter while watching Oh My Ganu and Hello America tele movies and the best episodes of seasons 1 to 3.

Selected Twitter feeds will be shown live on television.

For Oh My English: Villa Isabellaaa! specifically, fans are encouraged to join in the conversation using the hashtags #OhMyEnglish and #VillaIsabellaaa to uncover clues and hints about the mysterious villa – giving them a taste of the story in anticipation of launch of the brand new telemovie.

Be sure to catch Oh My English: Villa Isabellaaa! on 27thof December 2014 at 9 pm exclusively on Astro TVIQ (Astro channel 610) and in High Definition (HD) on Astro Maya HD (Astro channel 135).

Get iPhone 6 with EzyPay by Maybank

The Bee is Buzzing With Bazzi, Hujan and Kugiran Masdo This July 2019

iZOMBiE Returns With A Brand New Season This April