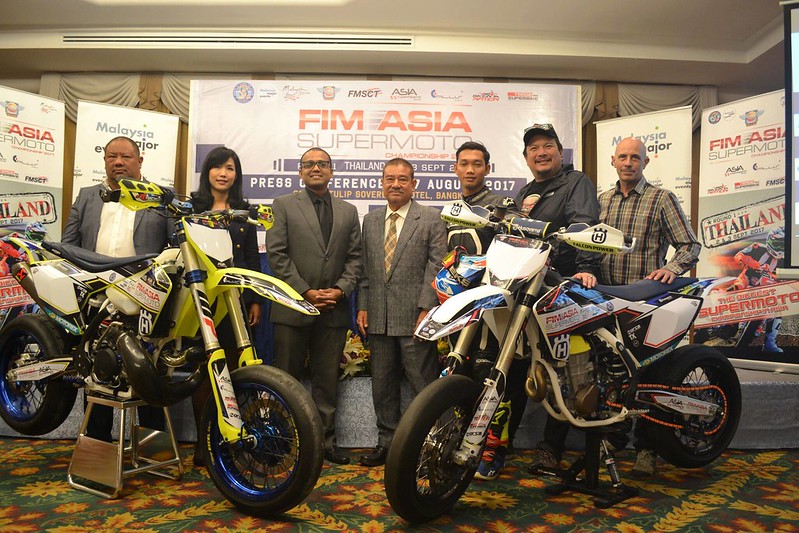 The completion of the FIM Asia SuperMoto Championship in 2016 left a vivid mark in the memory of SuperMoto fans across the world, with Malaysia’s Muhd Habibullah (Gabit) stealing the overall season champion title.

This year, the season resumes in searching for the region’s best rider with its 2017 season opener happening on 2 and 3 September at the Thailand Circuit Motorsport Complex, Nakhon Chai Si, Thailand.

The 2017 FIM Asia SuperMoto Championship will be more competitive with the return of top international riders and manufacturers competing for the ultimate title.

Also, hosting the 2017 FIM Asia SuperMoto Championship in Thailand will treat the expanding local SuperMoto community with one of the best races this region has the offer.

The final battle between top international riders competing for the season’s title will take place on 16 and 17 December 2017 in Kuala Lumpur, Malaysia.

The rider with the highest standing point will be crowned as the 2017 FIM Asia SuperMoto Championship overall champion.

Boat Noodle Takes Chill Chill to The Next Level

Samsung Malaysia has launched their Solve for Tomorrow 2021 competition through a virtual event. This nationwide contest is conducted in partnership w...

HappyFresh, is strengthening its support for Malaysians through these challenging times by ramping up its efforts to bring convenience and safety to c...

Execration blazed through the Mobile Legends: Bang Bang Southeast Asia matches to emerge victorious as champions. The representatives of the Philippin...

Your Complete Guide to The UEFA EURO 2020™

The biggest sporting event of the year kicks off this weekend! The UEFA EURO 2020™ begins with Turkey vs Italy on 12 June, 3AM (MYT) followed by Wal...